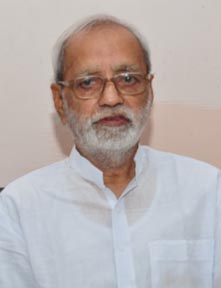 
News from Allahabad is very depressing as it tells us that top Hindi writer Doodhnath Singh, 81, is lying at home in a critical condition due to serious kidney failure. I have fond memories of a chance meeting with him in early February last year at Allahabad’s famous Indian Coffee House in Civil Lines. In the early 1970s, when I was acquiring familiarity with contemporary Hindi literature, Doodhnath Singh was one of the writers whom I read with great interest. A line from his early poems still resonates in my ears: “Lift ke andhere mein brain haimrej ho rahe hain” (Brain haemorrhages are taking place in the darkness of the elevator). Later, I came to know him as a friend although he was much older than me.

Doodhnath Singh is a committed Left-wing writer and happens to be the national president of the pro-CPI (M) Janwadi Lekhak Sangh. When he exploded on the Hindi literary scene with his collection of short stories Sapaat Chehrewala Aadmi (Man with a Plain Face), published by Rajendra Yadav’s Akshar Prakashan in 1967, the new talent was viewed with awe and nearly all the short stories, be it Reechh (Bear), Raktapaat (Bloodletting), Duhswapna (Nightmare) or Iceberg, acquired near-iconic status. He also made his mark as a significant poet of his generation as well as a novelist, playwright and critic.

His book on great Hindi poet Suryakant Tripathi Nirala, published by Lokbharati Prakashan in 1972, was tantalisingly titled Nirala: Aatmahanta Aastha (Nirala: A Self-destructive Belief) and Doodhnath Singh had to explain in the introductory note that he did not mean that Nirala was suicidal. What he actually meant was that once a writer had devoted himself completely to his art, he had to go through the process of continuous self-annihilation, savouring the taste of his own blood on the tip of his tongue. One could discern in this formulation an unmistakable influence of T. S. Eliot but the book was in fact an intimate conversation between two poets. It was a collection of observations made on the margin of Nirala’s books as well as scattered entries in Singh’s diaries but they somehow formed an integrated whole and offered a palpably new interpretation of the great poet and his work.
In 1975, when the country’s politics was experiencing a paradigm shift, Doodhnath Singh brought out a literary journal of uncertain periodicity and appropriately christened it Pakshdhar (Partisan). Although it did not have a long life, the journal proved to be an effective political-literary intervention and confirmed Singh’s status as an important writer with a social conscience.
Most of his books have been published by Lokbharati Prakashan, Radhakrishna Prakashan and Rajkamal Prakashan and they include his novels Aakhiri Kalaam (Last Discourse), Nishkasan (Expulsion) and Namo Andhakaram (Salute to Darkness), collections of short stories Mai ka Shokgeet (The Sad Song of Mother), Sukhant (Happy Ending) and Katha Samagra (Collected Stories), play Yamgatha (The Story of Yama), poetry collections such as Tumhare Liye (For You) and Laut Aa O Dhaar (Return! O, Stream), and books of literary criticism like Muktibodh Sahitya Mein Nayee Pravrittiyan (New trends in Muktibodh’s writings). He has also edited great Hindi woman poet Mahadevi’s writings with his critical comments. And, this is by no means an exhaustive list of his works.

While Doodhnath Singh’s early work expressed the angst felt by the youth of the 1960s due to an all-pervasive collapse of social, moral, economic and political values, his later work voiced a powerful protest against the evolving realities. His short story “Mai ka Shokgeet” is a hair-raising document of domestic violence against women while “Aakhiri Kalaam” is a post-Babri masjid polemics involving our past as well as present. In fact most of his post-1990 writings are imbued with a sense of deep frustration, anguish, anger and protest against the formation of a political culture that is destructive by its very nature. Singh tries to marshal multi-layered history, myths, fables and cultural interpretations to express his deeply felt revulsion against an ideology that tears asunder the intricately woven fabric of our composite culture. And, being a creative writer, he accomplishes this feat without resorting to sloganeering or explicit portrayals. Little wonder that veteran theatre critic Romesh Chandra had this to say about Singh’s play “Yamgatha” in his review published in The Hindu on February18, 2005: “In the past we have seen quite a few plays that have tried to draw a parallel between mythology and the current socio-political scene with varying degrees of success but "Yama Gatha" brings the message home without being propagandist.”

His book on Muktibodh, published in 2013 by Rajkamal Prakshan, proved that the critical acumen that he displayed in his study of Nirala had become even sharper over the decades as he offered radically different interpretation of the iconic poet’s work and brought out several new facets of his poetry. 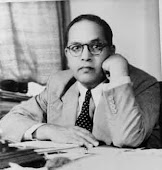